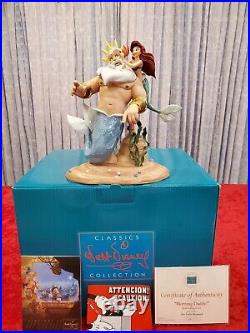 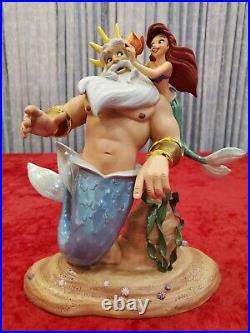 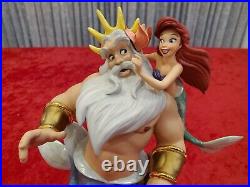 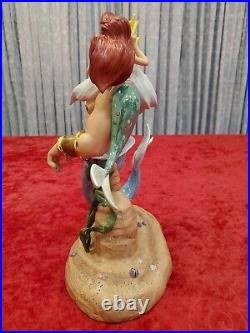 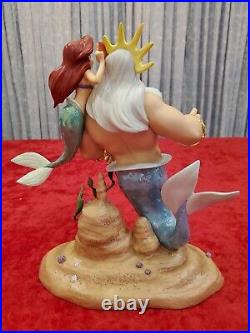 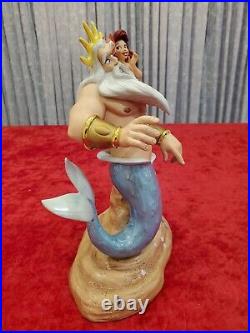 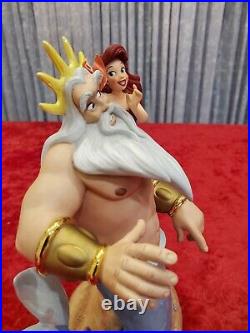 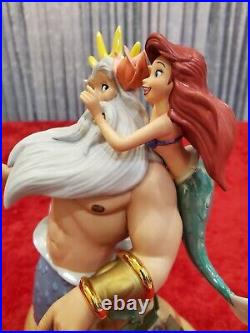 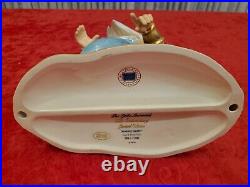 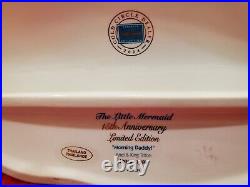 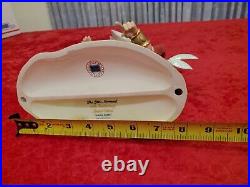 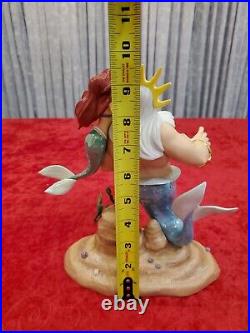 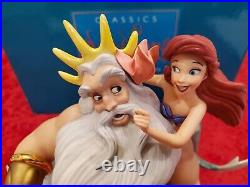 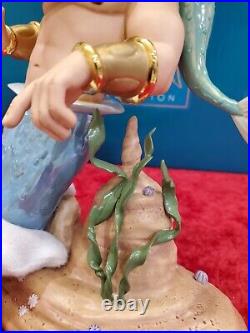 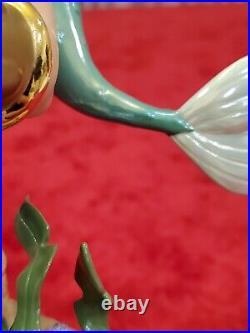 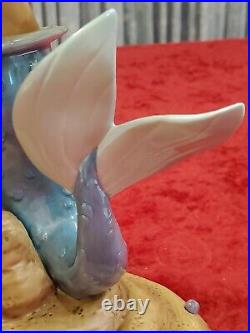 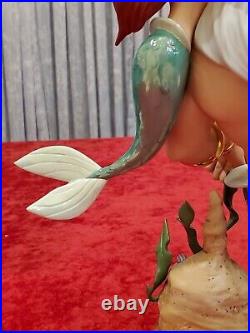 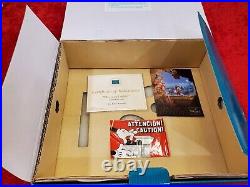 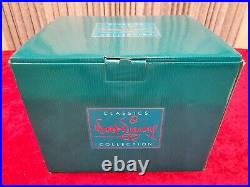 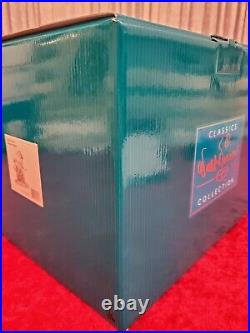 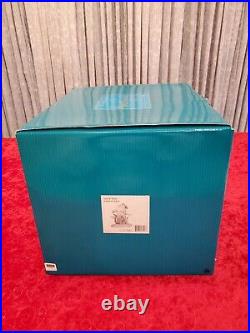 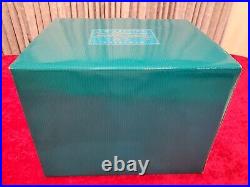 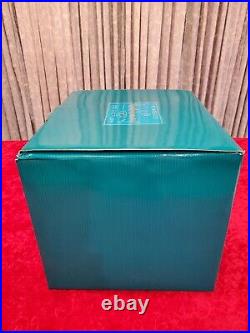 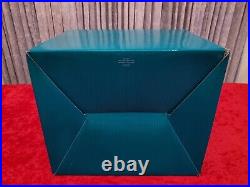 WDCC Ariel & King Triton "Morning Daddy" The Little Mermaid w/Original COA & Box, Porcelain. LIMITED EDITION #1094 of ONLY 1989 EVER MADE! This breath-taking, porcelain figurine was sculpted by Disney artist, Patrick Romandy-Simmons, in 2004 to commemorate the 15th Anniversary of the 1989 Disney annimated film, The Little Mermaid. "Life-like" DISNEY ANNIMATED FILM CHARACTERS that looks like they stepped right off the movie screen! Figurine is in MINT condition and will come to you in its ORIGINAL, emerald green WDCC box with its ORIGINAL Disney Certificate of Authenticity (COA). NOTE: Box is shiny and "like-new" except for an almost unnoticeable spot on the front left corner and tiny dent on the front. EXTRA BONUS : Exclusive & Vintage Disney WDCC full-color Catalog showcasing dozens of other WDCC figurines from that era. From a smoke-free, pet/child-free, climate-controlled , Disney-lovers Private Collection, this figurine has been kept in a glass-enclosed curio cabinet and rarely touched.

The Disney box was stored in the same environment, only closet-stored in a sealed container. Once retired, the plaster molds were destroyed- never to be reproduced.

Further, THE ENTIRE WDCC LINE ENDED IN 2012, thus these figurines can ONLY be found on the Secondary Market and have been out of production for at least 10 years! The Society was designed to add further excitement to collecting the Walt Disney Classics Collection (WDCC) sculptures. WDCC porcelain figurines were created in the process similar to that used to make Hummel figurines. Individual pieces were molded, put together, and fired in an oven.

They were then painted and fired again. Each figurine was marked on the bottom with a particular symbol, signifying the year it was produced. The symbol represents significant milestones in Disney history. This is the EXACT item you will receive, so please view the photos thoroughly.

Please see my many other WDCC LISTINGS and feel free to contact me should you have any questions. If any flaws are known, it will be stated in the description, in order to avoid this as a reason for return. This item is in the category "Collectibles\Disneyana\Contemporary (1968-Now)\Figurines\WDCC". The seller is "lagrant3" and is located in this country: US.

This item can be shipped to United States.