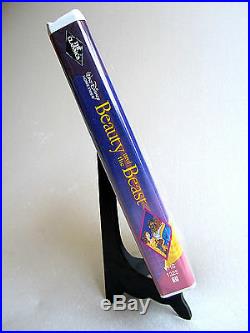 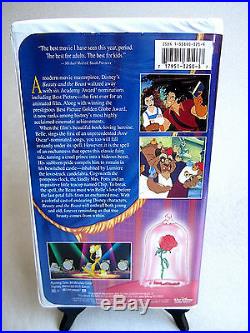 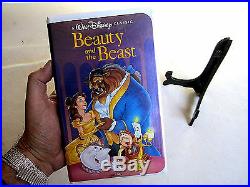 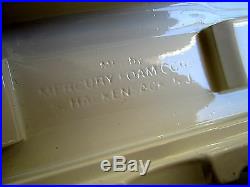 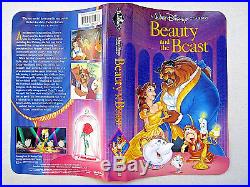 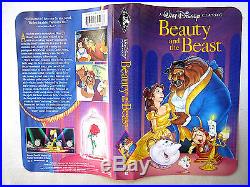 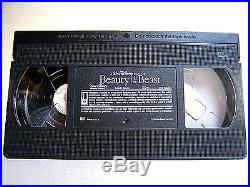 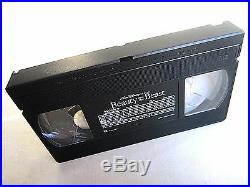 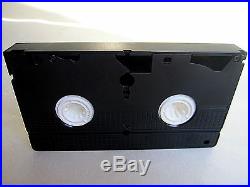 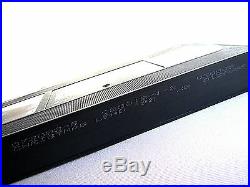 >>> SEE ALL IMAGES AS THEY ARE PART OF THE DESCRIPTION. Original artwork and in great condition. Beauty and the Beast is an animated romantic musical fairytale about a young beautiful girl named Belle who offers to take her fathers place in the dungeon of a hideous Beast's castle. The beast accepts Belle's proposal and releases her father and Belle honors her commitment to stay at the palace with the beast.

The story follows how the beast falls deeply in love with Belle but she only sees an ugly monster. Not knowing the beasts true identity she shuns him at first but things take on a twist after Belle gets to know Beast as a kind and caring being. A wonderful story for the family that teaches you can't always judge a book by its cover. HiFi Sound, Stereo Sound, Surround Sound. " Film Comment - Robert Horton (11/01/1991) "... Wised-up as well as traditional, with a striking and detailed look and a strong storyline, it is sure to charm a wide audience both now and for a long time to come... " Los Angeles Times - Kenneth Turan (11/15/1991) 5 stars out of 5 -- "Gary Trousdale and Kirk Wise's retelling of the French fairytale reaches a level of artistry, sophistication and musical excellence that's still to be bettered by the Mouse House -- or indeed its rivals. " Total Film - Neil Smith (07/01/2012) "... A mixture of elaborate, painstaking technique and perfect simplicity...

Why You Should Be Collecting Disney Black Diamond VHS's. Disney Black Diamond VHS Video's were Disney's first attempt to sell directly to the home market, and the Disney Company did a great job in the production of the tapes. In every Era people want to collect their youth and what youth did not grow up watching these tapes in the Mid 80's to Mid 90's. Here in the United States, I would say that very few kids did not grow up with these tapes.

They start looking for things from their childhood to collect. They fine that special item. Then they pay the price to get it for thier collection. This process happens in every Era. My Era was the Late 60's and early 70's and my memories are of Red Line Hot Wheels Die Cast Cars.

With Black Diamond Videos, you get both Male and Female Collectors making the market for these little Gems even larger. To say that these Tapes are worthless would be like saying a first edition of a Classic Book is now worthless because of new Printing Techniques, Audio Books or, Kendall. Even though you can get what many people think is a superior product people still pay more for the First Edition.

You will always have those who think new and improved is better but these know-it-alls are not the Collectors who will always want to collect and pay for the original. Black Diamond Tapes are easy to identify by the Black Diamond found on the Spine of the case with the Walt Disney's Signature located inside the Diamond. With a little hard work you can find tapes in good to mint condition.

While all of the tapes are getting hard to find in any condition the tapes are considered to be RARE in better conditions. Because most tapes were opened and viewed till they simply wore out. The cases also present a condition problem because of the plastic molding used to produce the cases.

The cases had a hallow space in between the plastic layers which wold crush are bend upon being dropped or having heavy pressure applied to it. The cushioning supplied by this hallow space would help protect the tape but could make the case look beat up.

How many kids do you know that take great care of thier stuff to prevent damage. I would say very few would have taken great care of thier movies. So the vast majority of the Black Diamond Tapes and Cases were damaged or just simply wore out. Plus the fact that in the early 80's not every household had a VCR to play these tapes so far fewer of these early editions were produced.. All of this adds up to many of these tapes are now hard to find in any condition and RARE in in better conditions!

The cases of these little Gems are wonderful pieces of art in themselves not to mention the great Animated Classic Disney Movie that came inside the clamshell. The artwork featured on the cases is far superior to later VHS, DVD, or Blu-ray releases, making these great display pieces in any Disney Collection. But once you do open the case you get a Classic Disney Movie that before these tapes came along, You would have to wait years between chances to view these Cartoon's as we knew them then not Animated Films as they are called today. The Disney Company would release their movies to Theaters on a schedule of usually every seven years, much like the way they will retire a DVD today.

This way they do not saturate the market and can catch the next generation of kids with each new release. How old are the kids who grew up in the mid 80' and Early 90's? Do you think they are getting to the age where they have good jobs with good pay? I also think that there is a potential Gold Mine awaiting the Collector smart enough to grab these little treasures known as Disney Black Diamond VHS's. It is still possible to put together a nice set of these tapes in very good to mint condition.

So if you are in this age group are you would like to get ahead of the game go ahead and get these Gems while they are still available at todays low prices. Remember people will pay to collect their past! The item "RARE Walt Disney's Beauty and The Beast VHS 1992 Black Diamond Classic EUC" is in sale since Wednesday, February 1, 2017. This item is in the category "DVDs & Movies\VHS Tapes".

The seller is "dieselr8" and is located in Sanford, Florida. This item can be shipped worldwide.